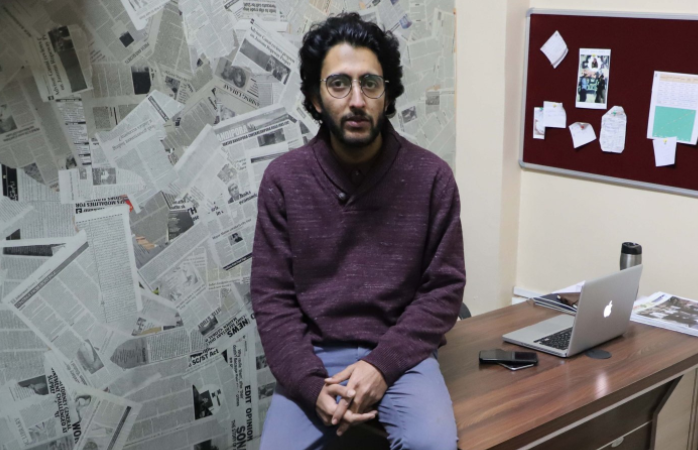 Fahad Shah is a journalist and writer. He is the founder and editor of The Kashmir Walla – an internationally acclaimed magazine of politics, culture and literature. He has written extensively on Indian foreign policy, South Asia politics, human rights, culture and media for the Time, Foreign Affairs, The Atlantic, VICE, The Christian Science Monitor, South China Morning Post, The Diplomat, Spiegel, Scroll.in, Al Jazeera, TRT World, The Caravan, Firstpost, The Wire, Hindustan Times among over two dozen various national and international publications. He has also worked as producer for TRT World, Channel4 and Al Jazeera.

In 2017, he was selected for the “Legislative Fellowship” by the U.S. State Department and was a fellow at the Georgetown University in Washington D.C. In 2019, he was also trained for ‘Reporting Safely in Crisis Zones’ at the Dart Center for Journalism & Trauma of the Columbia University, New York.

In early 2017, Shah also founded The Kashmir Institute – first regional think-tank in Kashmir, focusing on the region and its neighboring countries, which he is heading as its director. He has been associated with several think-tanks in Washington D. C. as a researcher and consultant on Kashmir.

He is the editor of the anthology Of Occupation and Resistance: Writings from Kashmir that focuses on the resistance and politics of Kashmir. Bring Him Back is his first documentary film as director, which was released at the University of Westminster (London), Humboldt-University of Berlin, Lund University, (Sweden) in 2015.

After studying journalism from Kashmir, Shah was one of the six Felix Scholars at SOAS, University of London, where he did MA in Critical Media and Cultural Studies in 2013. While in college, he also joined Kashmir Writers’ Workshop, where he was trained by veteran journalist and Deputy Editor of The Indian Express, Muzamil Jaleel for two years. In 2011, he was finalized for the South Asia’s Manthan Award for his contribution in e-news and media.

As a political commentator and expert of Kashmir conflict, he has spoken at various universities, cultural centers and literary festivals in United Kingdom, Germany, Iceland and India.